“We were raised with guitars in our hands. There was a near constant movement of instruments from sibling to sibling. There was always one around,” explains Bob Collins. Born and raised in Mt Pearl, Newfoundland a community adjacent to historic St. John’s, it is a natural presumption that Bob was raised and steeped in the Celtic music tradition that is the east coast of Canada. His early musical education didn’t stop there however, and he spent his teen years also soaking up the pop and rock music of the seventies – Cat Stevens, Moody Blues, Jim Croce, Chris DeBurgh, James Taylor, Seals and Crofts, Sir Elton John, Sir Paul McCartney (and The Beatles), Harry Chapin, America, Steely Dan, Simon and Garfunkel, the Eagles – they forever etching themselves into the beginnings of his personal musical odyssey.

With such amazing writers and performers as inspiration, who could not be inspired to become a musician.
− Bob Collins

The solo performances and work of many of these artists and songwriters inspired a young Bob to develop his vocals and guitar playing style, later his piano playing, and to perform and create music that has a unique sound and message. But not without his own share of drama like any good musician, thirty or so years ago Bob did some accidental emergency surgery on his left hand with a power saw. This might have been enough to halt the budding career of other musicians, but Bob just soldiered on and developed his own unique guitar styling; necessity being the mother of invention and all. With four fingers being highly over-rated, he plays in unique keys, fingerings and tunings making for something a little different and special.

Back to those Newfoundland roots. Yes, inevitably they bubble up time and time again. “The music of the east coast gets into your blood simply by living there. It stays with you. Eventually,” Bob says, eyes alight. So when five years ago, Bob was invited to play guitar for and sing with the Jocelyn Pettit Band he enthusiastically agreed. A talented group from Squamish, BC, led by the young, energetic and phenomenal fiddler Jocelyn Pettit they are certainly steeped in the Celtic tradition. With a fresh sound and original music, playing with the band has re-ignited the old traditional music that had lain dormant in Bob for so long. Coupled with spending endless hours with his boys as they competed in Scottish Highland Dancing, he has developed numerous opportunities to perform at Scottish Ceilidh’s, Burns Suppers, Highland Games, St. Patrick’s Day celebrations, dance events and Irish pub nights. Quietly, sincerely, he muses on how funny it is that life brings us full circle.

Now more than ever Bob enjoys exploring his ‘roots’ side as much as doing covers of well-known artists and his own dynamic original music. He can be found around town (and further a-field) doing solo gigs when not charming audiences with Chapter 11. Keep an eye out and say hello. 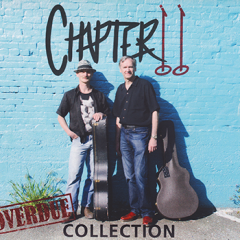